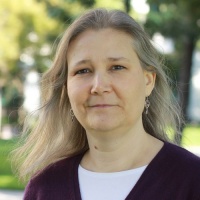 Hennig created the proposal for Shifter (the concept which would become Soul Reaver), and the character of Raziel, alongside Seth Carus and Arnold Ayala. Her tenure of creative control on the series lasted from 1997 to 2003, and she is consequently recognized as a major contributor to its overarching design and mythology. Hennig frequently represented the Crystal Dynamics team in interviews and fan questionnaires during those years. Reflecting on her leadership, series art director Daniel Cabuco described her as "an amazing director ... brilliant in so many ways",[DCab-DCab2012] while Blood Omen 2 and Defiance writer Carol Wolf regarded her as "the creator, conceiver and great storyteller of the Legacy of Kain series, in all its iterations".[TAD-CarolWolf]

Before the release of Defiance, Hennig departed Crystal Dynamics to join Naughty Dog, where she directed Jak 3 and the Uncharted series. Responsibility for Legacy of Kain was passed on to the trio of Jennifer Fernández, Richard Lemarchand, and Kyle Mannerberg.

"There are a lot of games out there that are superficially beautiful but have no depth--they're all surface and no heart. My greatest hope is that we have provided an immersive, thoughtful, complex experience that respects the player's intelligence. To my mind, games are as legitimate a medium as film, television, or literature. We sell ourselves and our audience short if we write our own medium off as nothing more than a trivial diversion."
―Amy Hennig, GameSpot, 2001[src]