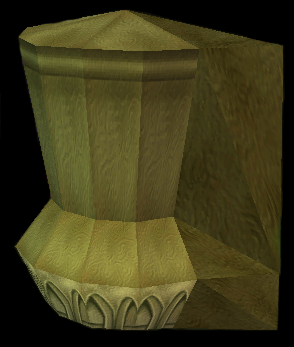 Example of a constrictable object

Constrictable objects are found only in Legacy of Kain: Soul Reaver.

There are several types of objects that Raziel can constrict. Most of them are located inside the Oracle's Cave but there are others in Raziel's clan territory, Ruined City and Drowned Abbey. They are either in a shape of a pillar, cube, dial or a statue. When rotated to the correct position, which can vary with each object, a door opens to allow Raziel passage.

In the later games, the constrict mechanic was removed and replaced by making possible to rotate the objects with hands instead.