"Once a sanctuary against the vampire menace, this abbey has been drowned by the deluge spilling from this wounded land. Your brother Rahab and his brood, devastated even by the feeble rays of Nosgoth’s sun, overcame their vulnerability to water and retreated from the surface. Now they haunt these ruins, and glide in the darkness of its stagnant depths."
―The Elder God — Listen (file info)[src]

The Drowned Abbey was Rahab 's clan territory in Legacy of Kain: Soul Reaver. As it's name suggests, it was once an Abbey that had become flooded with water from rain and nearby rivers. The Rahabim, having overcome their vulnerability to water, inhabited these murky waters and the inner chambers of these edifices.

One chamber led, through an underwater tunnel, back to Raziel's territory.

The Drowned Abbey appears to be decorated with sun/moon imagery. 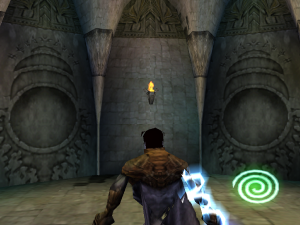 The figures beside the stained-glass windows on the outside of Rahab's chamber appear to depict Turelim, possibly hinting that this was once their territory and they had abandoned it once it became flooded. This may further be supported by the fact that the windows (which were part of the mechanism for killing Rahab), could only be broken with a telekinetic blast - an ability which was naturally unique to Turel's clan as the Rahabim likely fired bolts of compressed water instead. 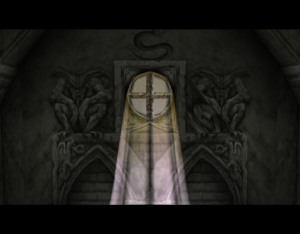 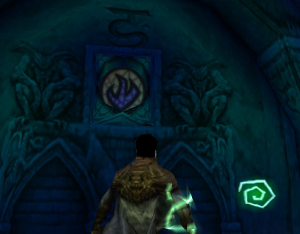 In one of the beta versions of the game, a drowned Turelim is seen in one of the chambers. This may be debatable further evidence as to the theory that the Drowned abbey was originally Turel's territory and was later taken over by the Rahabim after it was flooded. 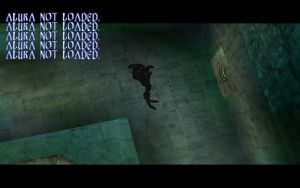 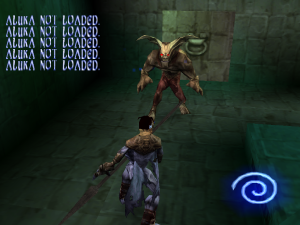