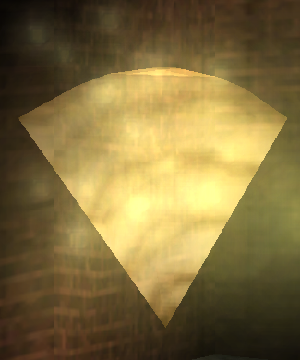 "These artefacts enhance your stamina, enabling you to prolong your material manifestation. Gather five to complete the emblem and thereby augment your strength." - Elder God

Health power-ups are triangular golden pieces scattered across the land in Legacy of Kain: Soul Reaver. Once five are gathered, they increase the length of Raziel´s health coil in the material realm. Raziel can increase his health up to three times as there are total 15 pieces to collect.

The power-up emblem has a symbol of a spiral, a recurring symbol throughout Legacy of Kain: Soul Reaver. 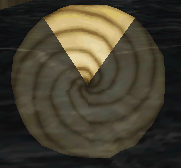