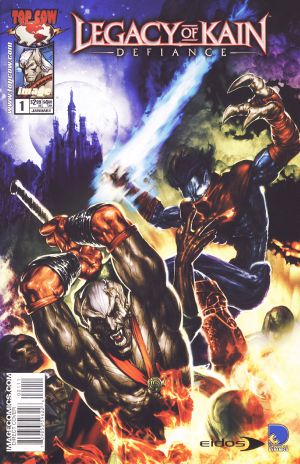 minutes before he breaks into the Sarafan Stronghold and re-caps much of the story of the series.

Kain is shown battling Sarafan in a field presumably outside the Sarafan Stronghold. He pauses from the slaughter and privately contemplates how he has got to this stage:
He explain the events of the war between the Ancient Vampires and Hylden, The curse of the vampires and how it led to the human seizing the pillars, The formation of the Sarafan brotherhood and their murder of Janos Audron . He moves onto explaining his own death and resurrection, his quest to restore the pillars as scourge of the circle and his decision at the end of Blood Omen.

He then changes his attention to Raziel; mentioning his own empire and how he resurrected long-dead Sarafan martyrs to serve him. He moves to the execution and resurrection of Raziel, mentioning how Raziel met and killed his devolved brothers seeking revenge against Kain himself. Kain continues to how he manipulated Raziel through the events of Soul Reaver 2 ending up with the Reaver attempting to consume Raziel and how he was able to save Raziel from this fate, but at the cost of setting the Hylden free. Kain then mentions how he must find Raziel and stop him resurrecting Janos Audron.

The Sarafan troops have by now recovered but Kain easily dispatches them. He spots the Sarafan Stronghold silhouetted in the distance and turning to Bat Form, he recites the opening lines to Defiance. 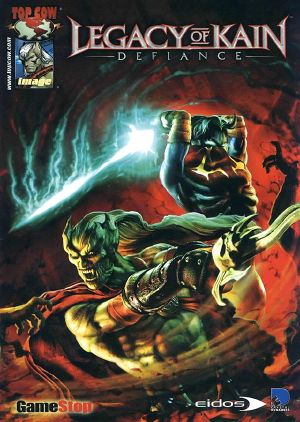