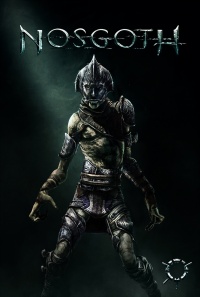 Deceivers as they appear in Nosgoth.

Deceivers were vampires of the Zephonim clan that fought in the War for Nosgoth in the mid-Soul Reaver era seen in Nosgoth. They were known for their striking spindly appearance and abilities to mimic human form and temporarily control the minds of opponents.

Deceivers, much like Team Fortress 2's Spy character, revolve around disrupting enemy lines. Their role is to sow chaos in the enemy team, while waiting for the most opportune moment to

strike. This is unlike Reavers, who prefer attacking up close and personal, while being evasive and sneaky at the same time. While Deceivers deal less damage than other vampires, the Backstab ability deals more damage when the target enemy does not face the Deceiver. Coupled with the Disguise ability, they can appear out of thin air, or pose as a decoy to the enemy team, and then strike. The Dominate Mind ability provides a very precise contribution to the vampires -- the Deceiver could dominate the enemy and "deliver" it to the arms of his allies, or he could just let the human drop on a very high altitude places, ensuring a kill.

The Disguise, although very powerful in its own right, has its disadvantages. If the enemy team is well coordinated, they may come upon that an excess ally is a Deceiver. Another thing is that any actions done will break the Disguise illusion. These factors make Deceiver players do very decisive, sneaky, and critical plays.