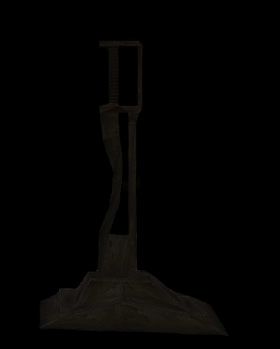 A standard lever in Soul Reaver

Levers were a type of switch mechanism that was found throughout the Legacy of Kain series, typically consisting of a straight pole or handle that pivoted at a fixed floor-based hinge. Activated by pulling the handle, levers were generally used similarly to other switches, usually activating a mechanical process or switching it between two different states. Levers were found in Blood Omen: Legacy of Kain, Legacy of Kain: Soul Reaver and Soul Reaver 2.

Levers were a variant of switch mechanism. Like other switches they worked by switching a mechanism between two states - usually on/off or open/close - although on occasion they could not be switched back. Levers typically consisted of a straight pole-like handle extending vertically upward at an angle that was attached and pivoted at a small box positioned on the floor - activation of the mechanism was achieved by pulling the handle until it reached a set point. Several designs were seen, with variants on size, material, design, construction and the usage of handles.[BO1][SR1][SR2] 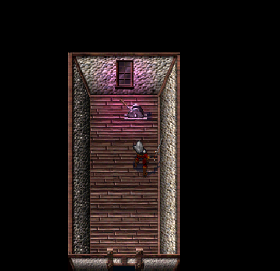 Levers were first seen in in the early chapters of Blood Omen: Legacy of Kain as Kain moved beyond Vasserbünde and towards Nupraptor's Retreat in Nupraptor (chapter). On his way out of the village, Kain discovered a small dwelling that housed a lever that controlled the gate leading to Nupraptor's retreat and by opening it he was able progress into the retreat and onwards to his confrontation with Nupraptor. Thereafter levers would be encountered numerous times throughout Blood Omen, on each occasion it was necessary for Kain to approach close to the lever whereupon the lever would be pushed and the mechanism activated - usually unlocking a door or activating machinery. On occasion it was necessary to use levers multiple times and in this case approaching the lever a second time would pull the lever back the other way.[BO1][BO1-C3]

Levers returned in Legacy of Kain: Soul Reaver although with the upgrade to 3D environments their activation was somewhat different, requiring Raziel to approach and physically grab a lever (by the use of the action button) to activate its mechanism. Raziel's first encounter with lever mechanisms would be in Necropolis (chapter) as he explored the Necropolis searching for Melchiah. Thereafter Levers would be used numerous time throughout Soul Reaver and they were notably used to suspend and drop a pair of spiked gates on Melchiah to injure him in his boss battle within his lair. Occasionally levers in Soul Reaver needed to be held until the mechanism 'clicked' into place to fully activate and 'lock' the mechanism.[SR1][SR1-C4] 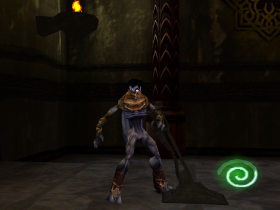 Raziel pulls a lever in Melchiah's lair in Soul Reaver

Levers returned for the final time in Soul Reaver 2. Here they were seen much less frequently than previous games and were now a lot more likely to depend upon the holding and locking mechanism introduced in Soul Reaver. The first lever Raziel encountered was found at the end of A Reaver in Time and the beginning of Decision at the Pillars as Raziel opened his way to the Pillars of Nosgoth which were sealed by a large barred doorway with a locking mechanism and by holding the lever to open the lock, Raziel could progress to his first confrontation with Kain. Later he would encounter two levers barring the entrances to Uschtenheim. All three lever mechanisms were present in all the eras they were seen - although Uschtenheim cannot be visited in the initial Pre-Blood Omen era, the levers can be confirmed as in place in Nosgoth's early history and the Post-Blood Omen era.[SR2][SR2-C1][SR2-C2][SR2-C5][SR2-C7][SR2-C9] 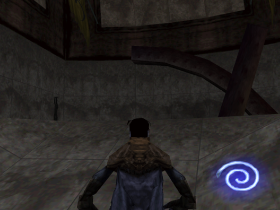 Several of the switch mechanisms in Legacy of Kain: Soul Reaver appear to have undergone changes in the course of development, with some being changed to different mechanisms between the beta and the final version of the game. An example of this is the crank wheel in Melchiah's lair which was initially featured as an ordinary lever in the early beta. Crank wheels do appear in the Fire Glyph altar area in the early beta, clearly indicating that the crank mechanism had been designed and presumably suggesting the change was because the the final device was either yet to be implemented or was initially planned as another mechanism and changed because the original lever was found to be unsuited to the task.[1][SR1]

In the real world, levers are a form of basic machinery using an extended rod or beam pivoted at a fixed point to amplify an input force and give a greater output force - with these often used as a component of toggle switches.[2][3] The principles of levers and mechanical leverage are referenced in a more metaphorical sense in the series on several occasions - Most notably in Soul Reaver 2 where Moebius refers to Kain as the "fulcrum upon which [the delicate balance of the pillars] turns" and Kain refers to the Corruption of the Pillars as the "ineffable fulcrum upon which swings the entirety of our history" - both analogizing relatively small events to the pivot of a lever system, resulting in an amplified disturbance.[SR2-C1][SR2-C2] Other chapters also make reference to similar balance driven systems, although these do not reference lever systems as obviously.[SR1][SR2][DEF]