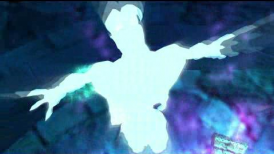 Possession, also known as Spirit Projection, was an ability Raziel learned in Defiance . It allowed him to shift planes by 'possessing' corpses rather than using Planar portals.


Raziel performed this when he wanted to Plane Shift from the Spectral Realm to the Material Realm after the Planar portals were destroyed in Legacy of Kain: Defiance by the Elder God (this is referred to as corpse possession). Raziel would project his soul into a corpse and then reshape the corpse into his form in order to traverse the material realm. The Hylden could do both types of possession in Legacy of Kain: Defiance as seen when fighting Humans or Raziel (although they could not possess him completely, just amplify the rage that he already feels towards Kain).
This ability is similar to the abilities Control Mind, Spirit Wrack and Charm found in the Blood Omen games. 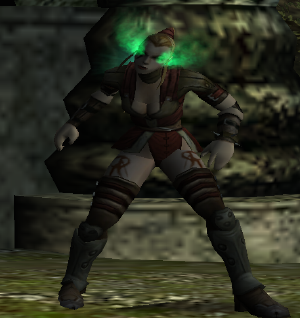 When the Hylden possess the living humans are "fragile vessels" and can become twisted forms of themselves once the possession is complete (as it did with Mortanius near the end of Blood Omen); Vampires, on the other hand, are far more durable, Turel and Janos Audron are examples of this (Turel was referred to as a "durable vessel" by the numerous Hylden possessing him as they used him to command their disciples and the Hylden Lord referred to Janos Audron as an "incorruptable vessel"), although if more than one possessed the host at the same time repeatedly, it can put a strain on the sanity of the host (as it did with Turel)