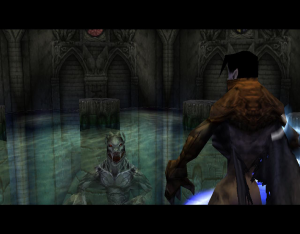 Rahab´s Lair is located within the Sun Chapel of the central area of the Drowned Abbey.

After overcoming his vulnerability to water, Rahab has retreated to the Drowned Abbey. Preying in the waters of Nosgoth, he could access all of the flooded area of the Abbey, leading all the way to Raziel´s Stronghold. 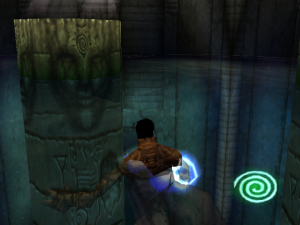 The Sun Chapel is a circular room with eight stone pillars. Each pillar has a markings on the side with what appears to be a human face and a Sun symbol on the top.

Originally a human settlement, the centre chapel has a sun dial lens installed on the roof, probably used during ceremonies. Centuries later, the Abbey was flooded and the Rahabim clan took over. 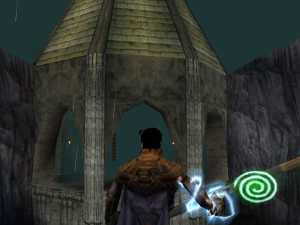 The only way into the chapel is by entering through the tunnel leading from the base of the Bell Tower. However, the chapel also has large double winged doors which lead to the outside but can´t be opened by Raziel in the game.