Sneaking, also known as Creeping, was a gameplay mechanic featured in Soul Reaver, Soul Reaver 2 and Legacy of Kain: Defiance that allowed Raziel and Kain to by-pass enemies without facing them in combat. Sneaking was also originally to have featured heavily in a stealth-orientated Blood Omen 2, but was mostly cut from that game leading to a combat-focus.

In Soul Reaver and Soul Reaver 2, Sneaking was an innate ability that Raziel could utilize by holding the 'autoface' button (usually used to enter combat-mode) when no Enemies were in range[1][2][3][4][5]; this would change Raziel's stance and gait to a more stealthy 'tiptoeing' manner[SR1][SR2][5]. This would allow Raziel to sneak past unattentive enemies or to mount a 'surprise attack' upon them.[1][2][3][4][5] The 'sneak' function could also be used to aid jumping puzzles and progressing over uneven terrain, as when sneaking Raziel would not 'fall off' cliffs and would instead stop right at the edge, making lining up jumps much easier[2][SR1][SR2][3][4][5]. 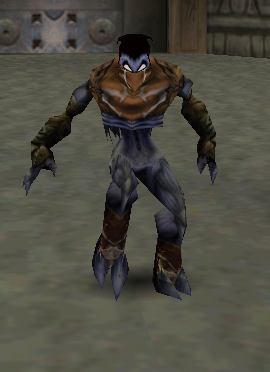 Sneaking returned as a gameplay mechanic in Legacy of Kain: Defiance though it was much toned down from previous appearances. This time, sneaking was combined with the movement controls and the creeping 'animations' were activated simply by pressing lightly on the direction controls. With Defiance having a greater Combat focus than previous titles, sneaking was arguably less effective and with few opportunities to utilize it against enemies in combat, sneaking was most often seen in cutscenes[DEF]. 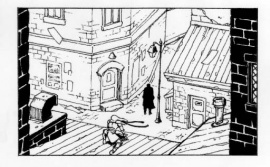 Blood Omen 2 was originally to have featured the return of 'Sneaking', incorporated into a much more complex 'stealthy' system that would effectively have made Blood Omen 2 a "sneak em up" title. For reasons unexplained by developers, this aspect was dropped in favour of a Combat focus[6].Despite being dropped before release, fragments of the 'Sneaking' aspects of Blood Omen 2 remain in the game; Kain is still shown throughout the game in various 'stealthy' poses and is repeatedly adivised on steathly methods (which are often largely ingnored by Kain). Of particular note is the disabled 'HUD dot' which indicates, through size and color coding, the distance and relative disposition of nearby NPC and Enemy characters (green to red depending uopn hostility); this feature can be re-enabled using hacking or the BO2 Control Station[6].