The Spirit Forge was a Reaver Forge planned to appear in Soul Reaver 2. Within the Forge, Raziel was to obtain the Spirit Reaver, an augmentation which later appeared in Legacy of Kain: Defiance. The Forge is a deleted level and is not present in the finished game, though its ruins can be observed on the bottom of the Great Southern Lake. 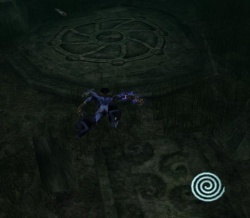 As with the other enhancements, Raziel was planned to have imbued the Wraith Blade with elemental Spirit in the Spirit Forge, creating the Spirit Reaver. Ultimately both the forge and its associated Reaver enhancement were cut due to time constraints[2] and the final version of Soul Reaver 2 featured only four of the seven planned Reaver enhancements and their associated forges.[SR2][SR2-C3][SR2-C4][SR2-C6][SR2-C8] Despite the removal of the forge and its enhancement, the Spirit symbol can still be observed in game on the dais of the Subterranean Pillars Chamber.[SR2]

The 'ruins' of the forge (or its entrance) can be observed on the bottom of the 'inner' portion of the Great Southern Lake in the Pre-Blood Omen era, where it appears as a circular altar-like construction surrounded by a number of small pillars with a straight decorated aisle leading a short distance away.[SR2][SR2-C1][SR2-C3][SR2-C4][2] The altar itself was marked with a large Spirit symbol defaced with several hourglass-like eyes. Simple spirals resembling the Spirit Glyph symbol that was intended to represent elemental Spirit in Legacy of Kain: Soul Reaver are seen throughout the area.[2][3][4] Soul Reaver 2 Bonus materials also show images of the forge ruins beneath the lake, along with concept art of the area depicting a number of submerged Reaver fonts decorated with similar spirals.[SR2][2]

"We didn't build the forges beyond design bsp rooms. We cut them when we saw the schedule and our producer coming to kill us. They would have aligned to the element, just like fire was [...] Spirit was further along with needing to imbue the reaver and light certain areas (you needed them all) but we folded that gameplay into Raziel's final puzzle."
―—Daniel Cabuco[5]
"We would have used other elaborate temples like the ones in Turkey, Hindu, or even Malaysia. Just google 'ancient temple' and see all the wonderful influences available. This is part of the reference spike ALL artists have to do when working on a game. Absorb the influences, mix and match, and make it your own."
―—Daniel Cabuco[6]

It is reasonable to assume that, like its counterparts, the Forge was constructed by the Ancient Vampires, would have exhibited unique architectural influences from real-world ancient temples, and would have entailed solving a complex puzzle.[6][2] With the Spirit Reaver the last and most powerful enhancement it would likely have been gained in Nosgoth's early history (or possibly an earlier era) and may have specifically involved the 'sinking' ability of the Earth Reaver, along with a combination of others, to activate.[SR2][2]

A Spirit Forge does exist in the Vampire Citadel (and is visited in Legacy of Kain: Defiance), but, like its equivalents, is distinct from the dedicated Spirit Forge.[DEF][DEF-C12][DEF-C13] Because of its disinclusion in the games, the Forge's canonical status is dubious. 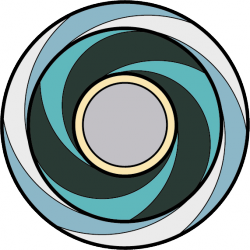