The Spirit Reaver was a permanent elemental enhancement for the Wraith Blade created by the Ancient vampires and wielded by Raziel in Legacy of Kain: Defiance.

The Spirit Reaver was last and most powerful of Raziel's elemental enhancements. It was found near the end of Defiance, when a newly resurrected Janos Audron gave Raziel the Golden Ouroboros, opening his way to the Spirit Forge . Inside the Spirit Forge, Raziel had to fight off the Elder God and activate the Spirit Forge using all the powers of the different elemental reavers. Once activated, the forge called the souls of all the former balance guardians - represented by Ariel - for "the final baptism of the blade" where it was rendered pure by spirit - creating the Spirit Reaver; a powerful enhancement which superseded his other Reavers.[DEF][DEF-C12][1].

The Spirit Reaver manifested as a pale blue wraith blade. The blade was incredibly powerful in combat and dealt further damage when charged, with its Reaver Spell causing major splash damage on nearby enemies.[DEF][1]. Despite its great power, Raziel was only able to use the Spirit Reaver briefly in normal gameplay, but its use had major plot implications. 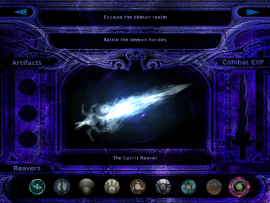 The Spirit Reaver in the inventory

Raziel would use the blade against the Hylden Lord-possessed Janos Audron in battle but was unable to stop the Hylden Lord taking Janos' body[DEF-C12]. Ultimately Raziel would crucially use the Spirit Reaver in the final scenes of Defiance. He impaled Moebius with it when he arrived in the Spectral Realm; with this cleansing the time-streamer's sight and allowing him to see the Elder God for the first time. Realizing he could not strike the Elder God as the Spirit Reaver was "only a wraith blade", Raziel sacrificed himself to create the Soul Reaver whilst dispersing the Spirit Reaver into Kain to heal to heal him of the corruption that had plagued him since birth and also allowing him to see the Elder God[DEF-C13]. 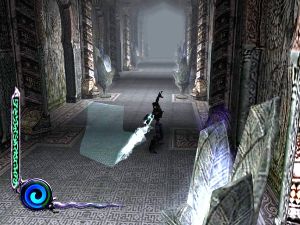 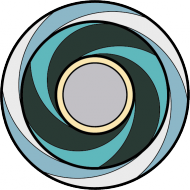