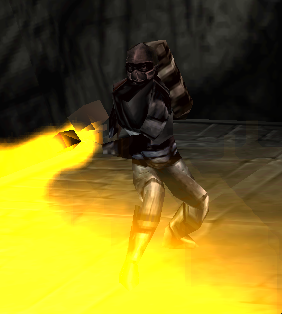 Vampire hunters armed with primitive flamethrowers are a class of humans which protects the Human Citadel. They are found outside the City, trying to rid Nosgoth of the vampire scourge. They have only one kind of a short-ranged attack with the flamethrower, which needs to be recharged every few seconds.

These vampire hunters wear full metal mask with opening for eyes only and their whole body is covered in metal and leather. On their backs they carry a fuel tank for the flamethrower.

They can become either friendly or hostile, depending on Raziel´s actions. 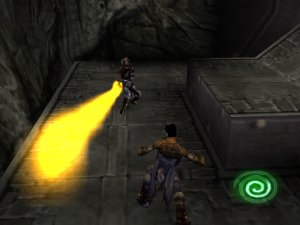