The Water Reaver was a temporary elemental enhancement for the Wraith Blade. Of Ancient vampire origin, it was intended to be gained by Raziel in Soul Reaver 2 but ended up being cut due to time constraints. 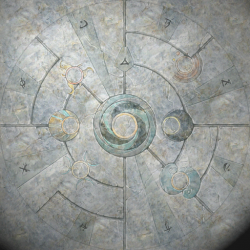 The Water symbol in the Sub-Pillars dais texture

The Water Reaver was one of these enhancements. An upgrade for the Wraith Blade associated with elemental Water, it was intended to be discovered by Raziel in the Water Forge somewhen in the latter stages of Soul Reaver 2. As with Legacy of Kain: Soul Reaver however, the locations related to this enhancement were not completed in time and were ultimately removed from the final game[2] (presumably along with any water-attuned Reaver fonts) and the final version of Soul Reaver 2 featured only four of the seven planned Reaver enhancements and their associated forges.[SR2][SR2-C3][SR2-C4][SR2-C6][SR2-C8] Despite the removal of the forge and its enhancement, the Water symbol can still be observed in game on the dais of the Subterranean Pillars Chamber.[SR2]

The specifics of the usage of the Water Reaver are unknown, though it is likely (as in the case of the Reaver enhancements that are present) that the abilities and appearance of the Water Reaver would have matched those of its more permanent successor in Defiance;[2] with the Water Reaver a pale-blue enhancement capable of dousing lit Fire plinths and scones, using a range of ice-based attacks, and able to 'freeze' certain Waterfalls, enabling them to be climbed for a short time.[DEF][3][4]

The Water Reaver would ultimately make an appearance in a more permanent form in Legacy of Kain: Defiance.[DEF-C8][DEF][2] 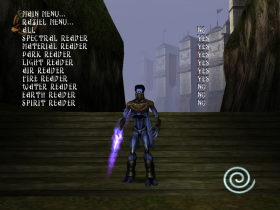 The entries for the deleted Reavers in the debug menu 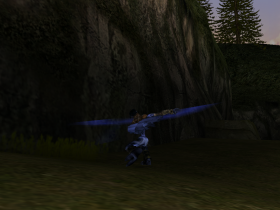